Sales coaching is one of the key elements in turning knowing what to do into the actual behavior, the effective conversion of the knowledge into action. The importance of sales coaching has come to the forefront in recent years thanks to a great extent to people such as my friend Keith Rosen.

Unfortunately, along with the rise of the recognition of the importance sales coaching and the accompanying increase in companies and individual sellers hiring professional coaches, comes the rise of those who want to make “easy” money off of those companies and sellers seeking coaching. Today there are a growing number of “sales coaches” who have never been in sales or if they have, they have minimal experience. There are also a number of websites offering “coaching” courses that claim that if you take their course, you too can enter the multi-billion dollar sales coaching industry and make a six figure income in just three to six months.

Selling is a complex activity. To become a great salesperson means you have to acquire very specific skills; you have to develop a number of characteristics such as self-discipline, focus, curiosity, and a desire to solve problems; you have to have thick skin; you have to be able to overcome adversity. Selling requires knowledge, skill, character, attitude, and action. Becoming a top seller isn’t a journey of self-discovery; it is a journey of being taught, of being encouraged, of being corrected, of being pushed, pulled, prodded, and praised.

I’ve been talking to Keith, Dave, and Jonathan Farrington a good deal recently about sales coaching and where it stands today. And although we all have the same understanding and view of sales coaching, we each bring our own experiences to the table. One common experience is noticing the explosion of unqualified “sales coaches” and the equally damaging coaching training courses that promise big money even for the most unqualified who complete their course.

I think Keith said it very well: “There’s the person who has been told and even trained by some of these coaching programs that, ‘You don’t need the answers or the experience to be a good coach.’ This is why you have a large population of unqualified people who think they can coach or simply change their title to ‘Coach.’ Conversely, there’s the coach who realizes you can’t take someone where you haven’t been before. This illustrates the importance of the coach to have not only the experience but is a walking and living model and example of what is possible for their clients to achieve.”

Sales coaching is not a Zen self-discovery experience. Many coaches have been taught, as Keith points out, that they don’t have to know, all they have to do is ask until the client discovers their own personal answer. Ask the right questions and sooner or later the seller will discover their own unique answer.

“Unfortunately, due to the lack of experience and subject matter of many coaches, they can only speak to the self actualization type of questions and because they’ve never sold before, or managed a team before, or sold successfully or sold in that person’s similar type of selling environment, they don’t even know the right type of questions to even ask. This sometimes leads to ‘killing the client/person with coaching’ as in, continually asking questions until they arrive at the solution themselves. However, sometimes as the coach, you need to provide the answer. Then, it’s the coach’s job to uncover the gap to determine what the right solution is rather than continually asking more questions. For example, if you have a salesperson who never cold called before, coaching isn’t the initial approach. This person needs to be trained in the core competencies and best practices first, in order to develop a baseline before you can refine their performance through coaching.”

The model I think most appropriate for sales coaching comes from sports coaching. Think Mike Ditka. For those old enough to remember Ditka as a coach, he didn’t take any crap off anyone. Yet he was admired and respected by his players. And he was an extremely effective coach. Why?

Second, he cared enough to help them become fully prepared to face and conquer the challenges they were to face. Can you image Ditka standing on the practice field helping a linebacker work through the process of self-actualization to discover for himself the proper techniques to shuck a blocker? Of course not. He knew when to guide and when to teach; when to ask discovery questions and when to tell.

Ditka wasn’t interested in self-discovery; he was interested in instilling in his players the proper attitude, skills, and knowledge that would allow them to reach their goals. He understood that football isn’t about becoming; it’s about being—being the best you can be. It is about having and using the skills that lead to great performance. He had a very specific purpose—help his players become the best football players they could be. If in the meantime, they had an enlightening self discovery, all the better—but not necessary.

Third, he demanded performance. Frankly, Ditka didn’t care if the player learned anything new about himself or had a feel good discovery; he cared that the player performed–and whether we like it or not, that’s the exact same demand that is put on every salesperson. Every one of us is judged on our performance, not whether we have warm/fuzzy feelings about our work or whether we discovered anything new about ourselves that day.

A sales coach, like Ditka, must hold their client accountable and must demand performance. Warm fuzzies are all well and good but they are meaningless in the sales world. That’s not to say that a sales coach doesn’t know when to guide through questions or when to give praise and even warm fuzzy feelings. She does. But for her, those are far from the only tools at her disposal. In Dave’s words, “The coach should set high standards and expectations, teach, motivate, challenge, correct, praise, correct, discipline, chastise, ask, tell, coerce, cajole, shame, and sometimes beat the crap out of the person being coached.” Sounds a lot like Mike Ditka.

Fourth, he had been where they wanted to go. Ditka knew how to help his players get to the top because he had been there himself. He knew what it took. He had paid the price. He had invested the time and effort and sacrifice to be successful. He didn’t ask his players to do anything he hadn’t done himself. He had the experience and credentials to demonstrate that he knew what he was talking about. He knew the game not just because he had studied it or read about someone else’s experience and learned a bit of lingo, he knew the game because he had invested his life in it. He lived it. He had real street cred.

There’s a great deal of bullshit in the sales coaching market today. Everybody thinks they can be a sales coach because after all, it’s easy, right? Print up some business cards; learn a bit of sales related jargon–metrics, win/win, customer centric, value added, consultative selling, pipeline, and such; write out a few “discovery” questions you can ask clients; and you’re in business.

If you’re thinking about acquiring a sales coach for your team—or for yourself—take a close look at your options. Be careful. The more visibility sales coaching gets, the more bullshitization will take place. Yes, that former telemarketer who has taken a coaching course and printed a business card may be a whole lot cheaper than that known sales expert, but what you save in a coaching fee now, you’ll have to spend later to get real coaching.

You need a coach, not a warm, fuzzy experience that leads nowhere. You need someone who can get you where you want to go, not someone who has read a book or two and learned how to ask a couple of “deep” questions. You need a Mike Ditka, not the latest pseudo Zen Master.

Find us on the web 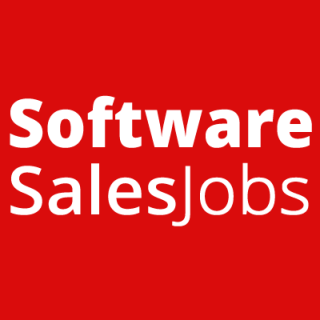